We are all victims of an evolutionary accident.

What is this accident?

Well, let’s just say that you have a part of your Emotional Intelligence brain that still believes you’re a lizard.

It wants you to stay alive. In fact, the only function of this part of your brain is to insure that you do stay alive.

It is designed to keep you out of the jaws of predators while, at the same time, helping you to become a more successful predator.

However, the chances of you being hunted by a velociraptor or a sabre toothed tiger in today’s day and age are fairly slim. So instead, your lizard brain reacts to non-threatening, modern stressors as if they were primitive, life-threatening situations.

As a result, you fight, freeze or flee from deadlines, success, interpersonal relationships or the thing you really always wanted to do as if they were a rabid pack of stampeding tyrannosaurs.

When you look at that empty computer screen or a blank sheet of paper thinking about content and deadlines, your lizard brain sees trouble. It doesn’t understand the niceties of creativity or the responsibilities of earning a living.

That’s stuff for the newer, more rational, parts of your Emotional Intelligence brain. Instead, this ancient remnant of a long gone age interprets your stress as a signal to freeze. Don’t take action. Don’t solve the problem. Above all, don’t move. The result is a classic case of writer’s block.

Fortunately, when it comes to writer’s block, this situation is fairly easy to fix. The first step is to recognize that the writer’s block is a result of your lizard brain being unable to realize that you are not under any threat of immediate death.

Next, take a moment to also recognize that the block is a direct result of your lizard brain unconsciously affecting your behavior. In response to the perceived threat, your reaction is to freeze. Finally, purposely ignore this unconscious reaction.

Instead of freezing, do the opposite. Take action and solve the problem by doing the one thing you want to do the least

Once you begin to break down the behavior by moving forward, you’ll find that the writer’s block itself will break and your creative juices will flow. 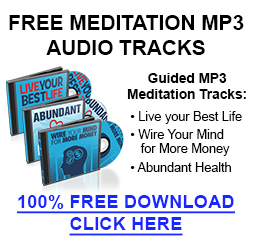 Tips to Convey the Right Message

The Self Love Handbook

How to Respond, Not React to Criticism

Take Control of Your Inner Voice